The trio POING, consisting of Frode Haltli, accordion, Rolf-Erik Nystrøm, saxophones and Håkon Thelin, double bass, has been performing music by Maja S. K. Ratkje since she wrote their first piece “essential extensions” in 1999. Since then they have showed themselves as one of the greatest ensembles for contemporary music in Scandinavia, with a large number of first performances by European and Asian composers. They have visited main music festivals as well as clubs in the north of Europe, USA, China and Japan. The collaboration with Maja S. K. Ratkje as featured vocalist has existed since their 2000 debut in Saunabar, Hensinki. The repertoire reaches from Brecht/Weill via Norwegian workers’ songs to popular music from the 80s, all more or less coloured in red due to their regular eagerness to play the night before 1st of May. POING and Maja have recorded two albums with selected songs from their repertoire: Wach auf! released by Øra fonogram in 2011 and Kapital & Moral, released by Grappa in 2016. They often perform with local choirs and guests. 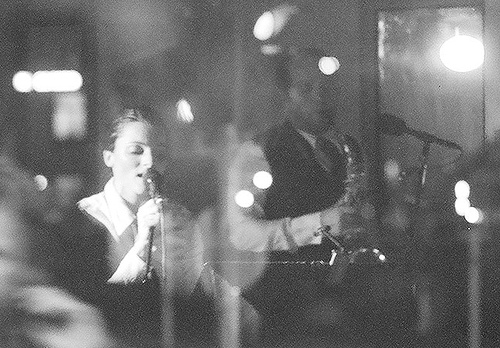 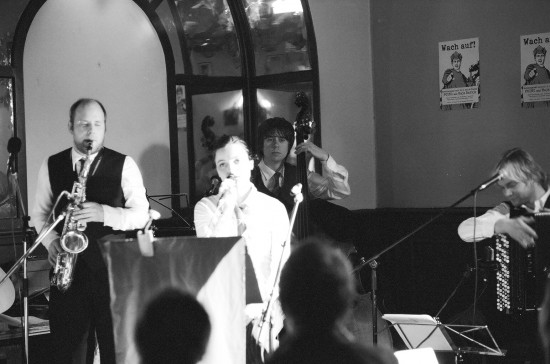 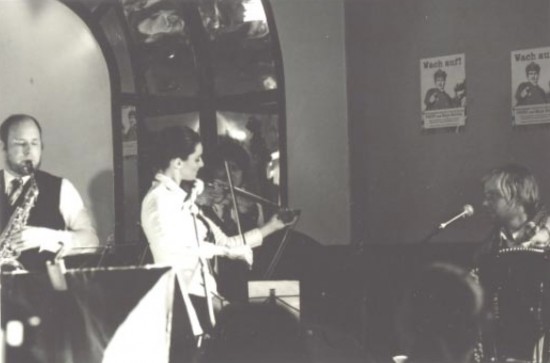 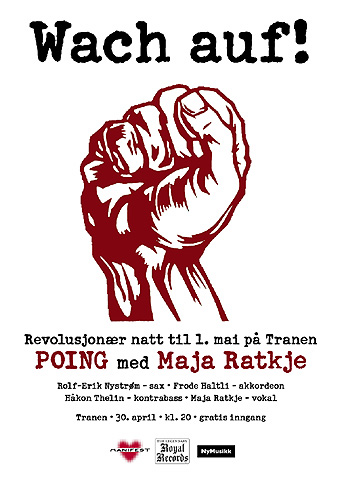 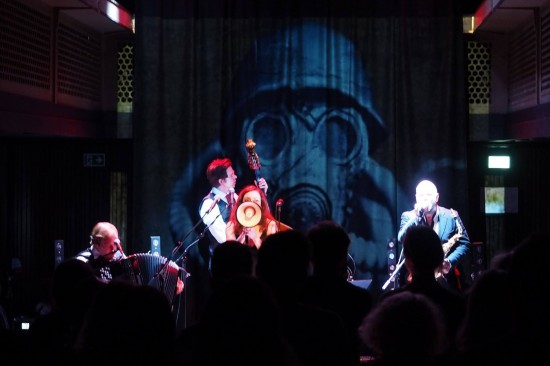 2 Responses to with POING