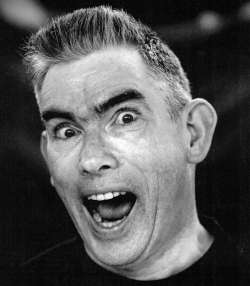 This duo deals with improvised vocals – with or without electronic effects. Jaap Blonk is a Dutch performer who has performed sound poetry and free improvisation since the 80’s. They have performed as a duo several places in Norway, Denmark and Netherlands, and have also collaborated with other musicians. They have released two album on Kontrans, one without and one with live electronics. More or less all sounds are derived from the voice/mouth region.