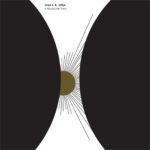 Dalston Sound: Maja Solveig Kjelstrup Ratkje: improvisational vocalist, electronics artist, composer. She’s been a member of the electro-acoustic quartet SPUNK since 1995, and has an extensive portfolio of work in various media – her life as a sound artist is beautifully portrayed in a new film, Voice – Sculpting Sound with Maja S. K. Ratkje. But her latest album release, Crepuscular Hour (Rune Grammofon) documents probably her most monumental work to date. It’s an hour-long piece, intended to be performed by three choirs, three pairs of noise musicians and the organ in a cathedral or similar environment.

The players surrounded the audience, with the noise musicians on stage and choirs on balconies and at floor level. The lighting rig was lowered to the stage floor to project light through performers and audience alike. The audience was unseated, free to move around immersed in radiance, shadow and sound, and the DVD (with 5.1 surround sound option) captures the ambience nicely.

As the piece develops, male and female choirs come variously into counterpoint. As to their effect, Ligeti’s Lux Aeterna is an obvious precedent, but Crepuscular Hour foregoes its delicacy to amplify the sense of awed cosmic/numinous revelation intimated by Lux Aeterna‘s use in 2001, a Space Odyssey. And this is only the climax to the 20 minute opening movement. Two thirds of the journey lie ahead.

Crepuscular Hour was inspired by texts from a codex discovered in upper Egypt in 1945, which offered new perspectives on early Christian history. Ratkje says she chose text fragments that touch on the origin of the world, “chaos and consolidation”, fragments that describe a female divinity who cautions that “imbalance still creates darkness and war.” On the DVD, unobtrusive subtitles spell out each lyric fragment.

Sometimes the music and the accompanying film linger on atmospherics, as when the slow tracery of a lunar eclipse is shown arcing behind light-shafted smoke. At other times individual performers are shown spot-lit, and knowing whether it’s Phil Julian’s laptop generations, Hild Sofie Tafjord’s more grainy noise processing, or both that’s currently thickening the brew, makes listening more aware and receptive.

Mark Durgan’s homemade electro-acoustic gizmos and the processed saxophony of Antoine Chessex are more often heard in solo or pure noise contexts, and seldom as subtly orchestrated as they are here. Westerhus is quite restrained, but he’s in his element in such a voluble and richly textured sound mass. Antoine Chessex’s saxophone, Hild Sofie Tafjord’s French horn and Westerhus’ bowing bridge the textural rift between the vocal performers and noise artists.

The end of the first movement brings a new beginning. Dry ice in the cathedral swaths an auricular mist of vocals and electronica. Here the ‘noise’ musicians and massed choirs play en bloc, but slowly the mood shifts, and a section of the chorus adopts a recitative style indebted to Eastern Orthodox liturgical singing, as is the music of Arvo Pärt. A massive irruption of church organ after about 46 minutes is certainly Pärt-like, though the atonal mashup with a reprise of the Lux Aeterna style it triggers certainly isn’t.

If some of the elements feeding into this piece are’t particularly original, the ways in which they are manipulated, and the merging of ‘noise’ and new music in a performance-cum-installation evidently makes for a near-awesome experience. Ratkje and conductor James Weeks marshal the massed forces at their disposal impressively throughout, particularly in a sustained climactic plateau and the eventual diffusion of accumulated tension.

The Wire: Declarations such as “l am war”, “I am peace”, “Hear!” and “Be on your guard” make contradictory allusions that honour both chaos and consolidation, telling of a female divinity from the beginning of time, enraged by the imbalance of darkness and war in the world. Blending vocals and electronic instrumentation, Ratkje delivers sliding, melodic phrases that might typically be attributed to violin. Shrieking and groaning accompanies traditional harmonisation and the range of the singers is fully extended and explored. The choral style of the piece might borrow from hymnal traditions, but the foreboding drama of Ratkje’s harmonic structures evokes something deeper, darker, more primal, akin to the work of Eastern European composers such as Gyorgy Ligeti and Veljo Tormis, rather than the likes of Bach or Handel. Listening to Crepuscular Hour’s like hovering on the brink of a sonic precipice. It has occasional moments of quiet respite, but the listener is for the most part detained under a curtain of sound and tension, taken on a musical journey that never leads home. Filtered and twisted, screeching and fluttering, the instruments blend seamlessly with the organ and choir, leaving the senses reeling in rising layers that embody suffering and chaos. The composition builds to an overwhelming tension in its final minutes, which ring and echo with the sound of everything and nothingness.

Derek’s Music Blog: Crepuscular Hour is one of the most ambitious projects that Maja S. K. Ratkje has been involved with.(…) When Crepuscular Hour is performed, the noise musicians and choir surround the audience. They’re accompanied by the unmistakable sound of a church organ. It adds to the drama and plays an important part in Crepuscular Hour’s impressive sound.

Along with the noise musicians and choir, the organ produces a sound that’s variously impressive, dramatic and intense to ruminative, mesmeric and hypnotic. The listener is drawn in, and soon, is spellbound at music that becomes dramatic and intense. Sometimes, the best way to describe the music is ethereal and elegiac. Other times the music takes on a spiritual quality. That’s not surprising.

The texts that are used in the recording of Crepuscular Hour, have been taken from the Nag Hammadi Library. This was discovered in Egypt in 1945. and is a collection that comprises thirteen ancient books which feature in excess of fifty texts. These texts proved hugely important, and resulted in scholars reexamining early Christian history. However, nearly seventy years later, these texts would play an important part in Crepuscular Hour.

As the performance of Crepuscular Hour takes place, the listener reflects on music that’s thoughtful, cerebral and occasionally, challenging. However, for much of the time, Crepuscular Hour has an inherent beauty. There’s a serenity to music that’s ethereal, elegiac and has a spiritual quality. Always though, the music on Crepuscular Hour is captivating, ambitious and innovative as the choirs combine with the noise musicians who push musical boundaries. The result is an album that’s a sonic and visual feast.

(…)As Crepuscular Hour plays, the audience were encouraged to walk around and experience the light being filtered between the various obstacles and musicians in Huddersfield Town Hall. This meant that the audience were able to experience firsthand the phenomena of crepuscular rays. The result is an impressive, captivating and mesmeric experience. It’s truly memorable, and one that hopefully Maja S. K. Ratkje will decide to revisit.

Fortunately, Crepuscular Hour was recorded and filmed at the Huddersfield Music Festival in 2012. Four years later, and Crepuscular Hour can be enjoyed by a much wider audience. That’s thanks to Rune Grammofon, who released this lovingly curated double album. It’s a welcome reminder of Maja S. K. Ratkje’s truly ambitious and innovative multi media project Crepuscular Hour.