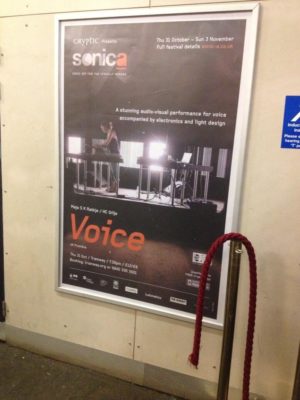 (…) For just 45 minutes, Ratkje created a continuous sequence of improvised music, partly voice generated, partly synthesised, and for the most part driven by wave upon wave of looped segments – a kind of electronic minimalism. If there was anything distinctive about the sound language it was surely Ratkje’s alluringly surreal voice, similar in timbre to that of Björk, and equally versatile in its dramatic extremes and breathy mysticism. Some magical moments resulted – the exotic Asian inflexions of the opening, and haunting lyrical expansiveness that evolved near the end. (…)

Ken Walton
This entry was posted in Solo concerts. Bookmark the permalink.