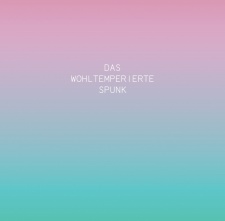 Rune Grammofon: “At one minute past eight in the evening of the twentieth of January, 2001, the Norwegian quartet SPUNK began playing a drone in the key of B, inaugurating a project that would weave into their musical lives for the foreseeable future. Eleven years, eleven months and eleven minutes later, the same foursome struck up a G, embarking on the final leg of a journey that had taken them through the twelve notes of the equal tempered scale – one tone per year. The twelve concerts took place at a variety of unusual locations around Oslo, including the immense, almost pitch-black interior of the Emanuel Vigeland Mausoleum, with its twenty-second reverberation time; the Nobel Institute; a cabin on a remote island in the Oslo fjord; in a tent on top of the slanting roof of the newly built Opera House; the Physics Department of Oslo University; a vibrant high street shopping mall called Oslo City; and a private domestic living room.

Das Wohltemperierte Spunk”s thrilling, texturally complex improvisations can be appreciated in their own right without any knowledge of the underpinning structure or concept. And yet the underlying numerology places the piece in a long line of consciously mathematical music, from the Bach keyboard corpus from which it takes its name, to Anton Webern’s String Quartet opus 28 (1938), which closes a circle by spelling out B-A-C-H in the first four notes of its twelve-tone row. SPUNK’s own opus uses the same order of tones as the Webern quartet.” 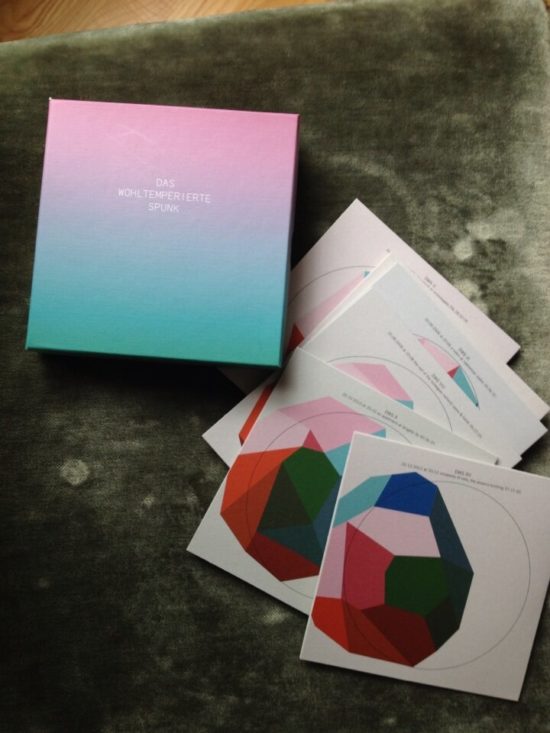