“And sing while thou on pressed flowers dost sleep”

For this piece, I have recorded and analyzed some complex voice sounds, sounds that I normally use in free improvisation with the acoustic voice.

The voice sounds are transformed into music, played by the ensemble. I have zoomed into some of the complex sounds, blown up the details, and stretched them into very slow motion, so that a fragment of the voice sometimes becomes a long passage in the ensemble piece.

Then again, I have added the voice sounds that the piece is built upon, by giving them to the keyboardist to play back with a sampler in their original form, so they converse with themselves in a way. Sometimes you can hear a relation.

After transcribing the complex voice sounds into music for the ensemble, I started to make voice recordings of some of the parts in the score. Meaning I give voice to the details within the very same voice. Like a drawing by M.C. Escher. One could imagine a recorded multi-track piece with multiple generations of recordings based on just one initial sound! However it’s immensely time-consuming. Here, in this piece, I let the idea lead the piece to an unresolved end, as the voice takes over one part after another in a repeated sequence, until everyone, except the clarinet, is left playing reminiscences of a previous texture.

All the voice samples performed with the piece are untreated recordings of the acoustic voice.

Comissioned by Cikada Ensemble. And released on the record And sing… by 2L in 2016. 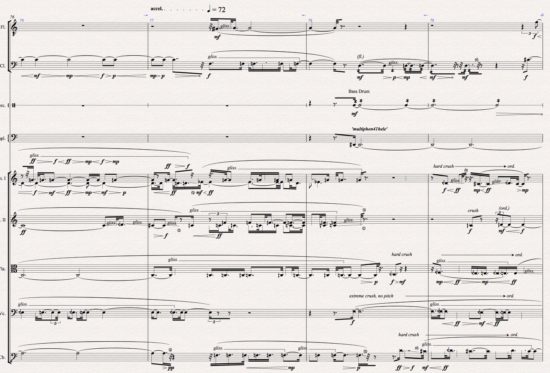