Wach Auf and Smell the Coffee! 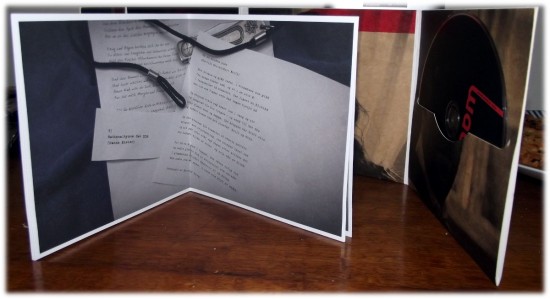 Wach Auf! (ØRA FONOGRAM OF019) was sent to us in October 2011. Here the great Norwegian musician, composer and one half of the noise band Fe-Mail Maja S.K. Ratkje reveals she has yet another astonishing talent, her remarkable singing prowess. Backed by the Norwegian combo POING, she sings her way through 15 songs which all have a revolutionary or socialist theme. At first I thought this was a modernist “classical” record of some ilk, a forgiveable error perhaps as it contains not a few renditions of songs from the Kurt Weill / Bertolt Brecht catalogue, but there’s also plenty of other unlikely material fit to stir your Marxist zeal and have you itching to join the barricades. Rudolf Nilsen was apparently a radical activist in 1920s Norway; two of his poems are here, ‘Street Boy’ and ‘Revolution Calling’. Hans Eisler, the Viennese contemporary of Brecht, is also represented, notably by his ‘Solidarity Song’ which he co-authored with Brecht. There’s a downtrodden miner’s song (credited to Trad.) that wouldn’t have been out of place in Woody Guthrie’s mouth, and even Minor Threat, the 1980s American radical hardcore guitar band, enjoy a brief acoustic rendering. Mostly though, it’s the pre-war turmoil of Berlin that sets the scene for the album, and I expect it’s these radical interpretations of the Brecht-Weill material that I’ll keep coming back to this for. So much for the choice of repertoire which is mostly impeccable for hewing to the left-wing theme, though I can’t quite fathom out what ‘True Colours’, the soppy 1980s Cyndi Lauper hit, is doing here. Even the cover design gets in on the act, with diagonals, red blocks, monochrome photos emulating the somewhat earlier graphic design forms of Berlin Dada and (even earlier) Russian Konstruktivism. Wouldn’t Chris Cutler have loved this record? Not sure, but he rightly supported Dagmar Krause’s similar-ish LPs of Brecht-Eisler-Weill songs, the incomparable Supply and Demand and Tank Battles, both from 1986.

Ratkje and the boys have been doing this since 2000, when they first covered Brecht and Weill and started playing a commie-inspired night of songs once a year in a decrepit little pub in Oslo. The Norwegian pinkos turned up in droves, and the the nights expanded to include speeches, poetry readings, and folk song; hopefully it didn’t turn into a debating society. It took the band 12 years to get around to getting this collection into wax, but it’s a corker of an album. Yes, Ratkje truly shines as a songstress, but it’s a collaborative set all the way; Rolf-Erik Nystrøm on woodwinds, Frode Haltli on accordion and trombone, Håkon Thelin on the bass; all the guys sing too. I’ve been listening to Weill’s music since 1978 (the way in for me was ‘Alabama Song’ by The Doors) and seem to recall reading that what the composer wanted was not traditional classical singers who were note-perfect, but actors who could sing; he wanted passion and blood in the song, and interpretation to enrich the meaning of the fiery lyrics. On that account, Ratkje and POING fill up the scorecard in nothing flat, winning the gold medal after just 2-3 tracks in. Especially effective is their lurid, excessive treatment of ‘Der Seeräuberjenny’, also known as ‘The Pirate Song’ (whose terrifying Black Freighter also loomed large in a subplot to Alan Moore’s Watchmen). In their hands, this song of pitiless, brooding vengeance is transformed into a violent, serial-killer snuff movie. The inhuman relish with which Ratkje intones (in German) ‘Kill Em All’ is a true shudderfest; she appears momentarily possessed with insane wrath.

The three instrumentalists meanwhile start off by delivering a highly entertaining form of super-fast cabaret music, played at intense speeds and with note-perfect vigour; soon it becomes clear what musical cosmopolitans they all are, and the album is infused with punk rock, folk music, klezmer, pop music, improvisation and free jazz. Not since bands like Ground-Zero have I heard this assured ability to turn a speeding song around in mid-career and tear down another musical side-road at 100 mph in pursuit of the “truth” of the song. You can keep your mannered John Zorn combos and his laboured attempts to meld hardcore guitar with Ornette Coleman. Nystrøm’s brief forays into atonal improvisation in the middle of a 1930s song are really something to savour; Evan Parker surfacing in the middle of a Marlene Dietrich clip.

I saw Ratkje with Fe-Mail supporting Wolf Eyes some years ago at the ICA in London. Amazingly, she’s about to tour the UK in March this year, with Ikue Mori; just four dates, one of which will be in London. She won’t be performing this material, but I would guess it’s going to be a memorable gig. 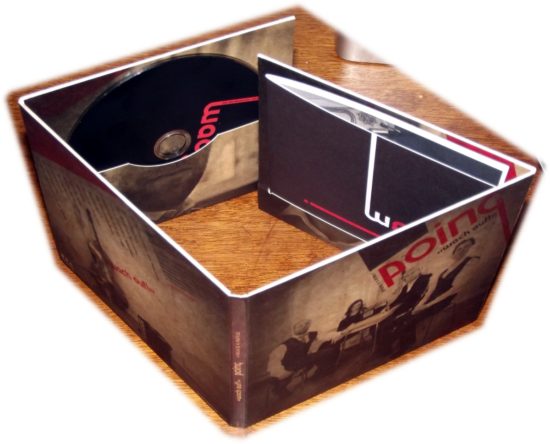 This entry was posted in Blog, Wach auf! and tagged with POING. Bookmark the permalink.