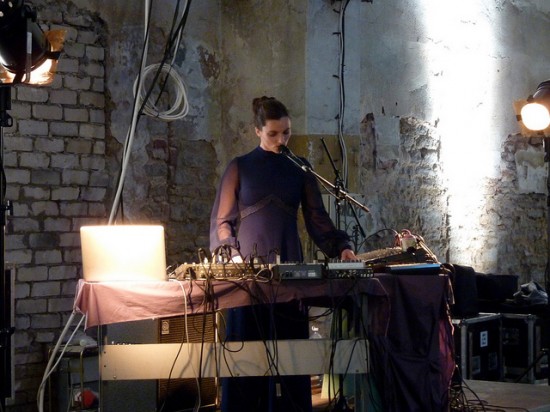 (…)However, to be honest, the man reason for my journey to Tallinn were the various performances as part of the programme. They also attracted wider audiences not directly related to participation in the festival. As the title of the programme – Speaking with Spaces – already indicates, the main emphasis was related to the specificity of the spaces, where the performances took place. Thus in this sense, the “stage performance” part of the festival reflected the context of Tuned City perfectly. On the other hand, it was marked by a certain contrast or otherness, which resulted from what one could refer to as the “magic of the stage”. Collective experiments, research, games, actions, the sharing of knowledge and discussions provide pleasure and aesthetic satisfaction first of all by common discoveries, that are accessible by participation and democratic interaction. Artistic practice, or mysteries of the medium itself are being deconstructed, playfully interpreted and creatively transferred. By contrast, the mystery of the stage and its rituals with all relevant attributes (for example, the strong mythology of authorship and charisma) is distanced from the audience by the fourth, invisible wall and remains sedately inaccessible, which is what ultimately makes a stage so suggestive. As with melancholia, it is strongest when its object is intangible and not present, sometimes – totally vanished, enfolded by an empty and thus absolute longing, the condition of aesthetic fascination is frequently grounded in this distance, delay, silk-screen and, in some sense, loneliness. In the case of Tuned City, these two radically divergent forms of experience emphasized each other’s character in a complementary way.

Norwegian sound artist Maja S.K. Ratkje has never failed to enchant with her virtuoso, expressive, transgressive voice surrounded and transformed by sophisticated machinery and deep, psychedelic sonic textures. Her performance took place in a huge, empty concrete cube in a Rotermann city area, which is known as a warehouse. The artist created an atmosphere of an expressive pageantry on the stage and a thrilling sonic palette full of whispers, sharp recitatives, hypnotic singing, humming, scratching of wires, microphones and other equipment, crackle, waves of noise, roaring vibration, which made the building quiver and turned it into a giant instrument.