Voice reviewed by KILLED in CARS 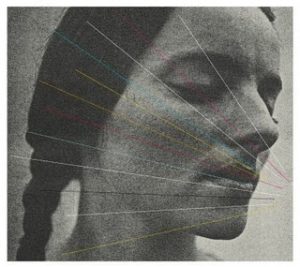 This album is maybe a good document of how one aspect of Western modernism took to task the reimaging of the primitive in a context that almost inherently rejected it; the “ugliness” of African sculpture defying, defiling in the hands of cubists the mono-toned beauty of the classical time and again in different forms and in different materials that showed no hand-craft and spoken lived myths but instruments refined by centuries and written knowledge bloated by ‘truth’. In Voice, this primal element confronts electronics in what would seem like a fight between natural and artificial but which is just a deceptive way of telling us that the line between both is merely an illusion. After all, most of the world no longer lives in tune with what is earthly, and to reference ‘the natural’ has become an exercise in banal judgments of values. To approach the dissolution of this magical line, we can interpret that the only way to do so is to leave logic behind, because coherence and truth, order and progress, have no place in an exploration of who and where we are since it tends to exclusion and tyranny. It excludes and represses intuition, the sensual, the margins of reason, and that is exactly what the Voice, with its incredible possibilities for expression, tries to achieve.

It chants alongside ambient drones, it echoes upon itself, it laughs, it shouts, it sings atonally, melodiously, it screams, it speaks, and it imitates the fierce electronics that surge by its side. It is a Willendorf mother earth electrically sculpted by an amp, roaring the world into existence in a perfect act of sublimity. All instruments and their virtuosic values are instantly demolished, opening up to emotions dangerous for the plans of logic, to the willful exertion of magic and rituals intertwined by noise and near-silence. But this is no transcendental vein, for if we are to appreciate the beauty of fear and anger we need to reject the ache of history and embrace the everyday. Only then will we find this voice, utterly transformed by a technology unconcerned with progress, turned against itself in all of its digital clicks and distortions. Clouded by noises and loops, the voice brings the collage together by blending perfectly with its surroundings, making a beat out of breathing, a structure out of groans, a disturbing moment of all-consuming power electronics as embodied in a series of screams born out of a faint laugh. It is at these times when both the “primitive” and the “new” are indistinguishable from each other, with one supporting the other in the way they express everything that is beautiful, cheerful, depressing, or even physically painful; they become the same, a complex alchemical formula in which everything feeds off everything else and tends to blur.

My interpretation might sound far-fetched and even ridiculous, but if you bear with me and listen to the album a couple times, it might click…. or not. I believe this is one of those great records that presents the listener with a chaotic, wide array of ideas and concepts that are fit for all kinds of perspectives. And in that sense, it also makes the point of it being open and feministic in its approach to ‘what is going to be said’, it remains resistant to certainty and the avant-garde value of victory, it rejects categorization, but it welcomes the audience and its senses, it pries open the mind to let the body in and scream, with all its digital power, that all our sounds are half-way technological. Enjoy!

This entry was posted in Blog, Voice. Bookmark the permalink.