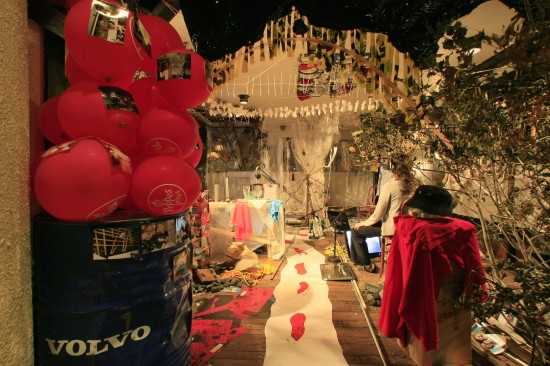 This is how we do it (text from the making of Nest in Bodø):

SPUNK has taken possession of Bodø’s disused pizza restaurant.  For four days they have trawled the town for objects with which to build a nest at the site.

On the first of August a concert will take place in the nest.  Each musician will play with a camera mounted on her head, and the sound from each performer will be recorded.  After the concert, the recorded material will remain in the nest, with four screens on which the films can be viewed, and four headphones through which the sound of each musician can be heard.  Spectators can sit on one of the musician’s chairs and listen to sounds previously produced by them, at the same time experiencing  a performer’s-eye view of the concert on film. 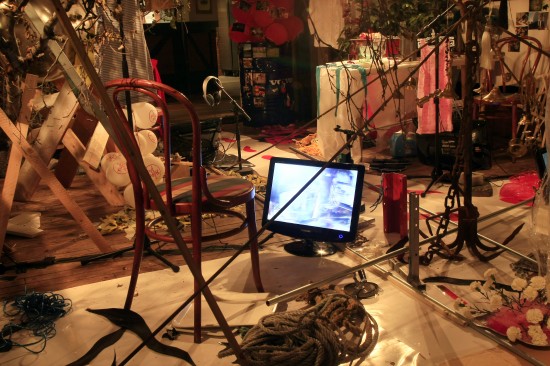 SPUNK’s relationship to sound is anarchistic and open.  They search for new sounds to refine, in order to place in a musical context.  In NEST, the same approach is taken to physical objects.  The process of creating a spatial form is open, and the potential of the objects is revealed through the construction of the nest.

Bodø’s population will become part of SPUNK’s musical and spatial world by contributing materials for the building of the nest, by experiencing the concert itself, and by finally being able to take possession of the nest – and the musicians’ sensory world – as a sound installation. 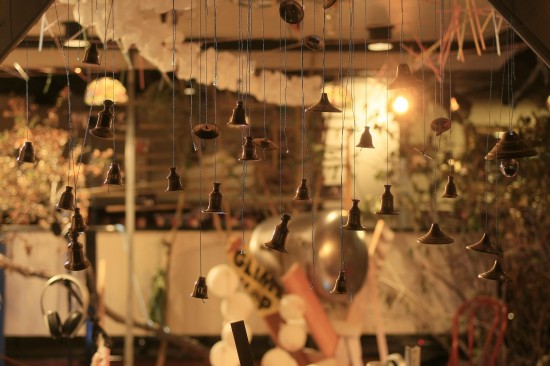 COLLECTION PROCESS:  SPUNK goes into the public domain and collects anything they can for free.

BUIDLING PROCESS: SPUNK uses all objects in building the nest, with the aim of making it homely.

Nest is so far built in Bodø at Nordland Music Festival and in Oslo at the Ultima Festival.

Reviews in Norwegian and Danish. 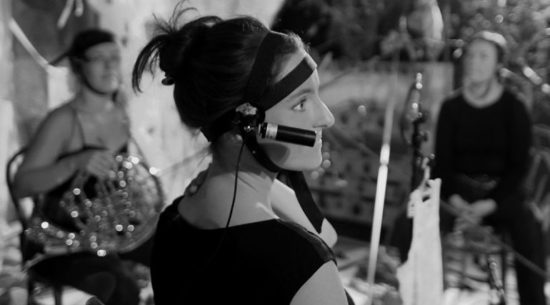 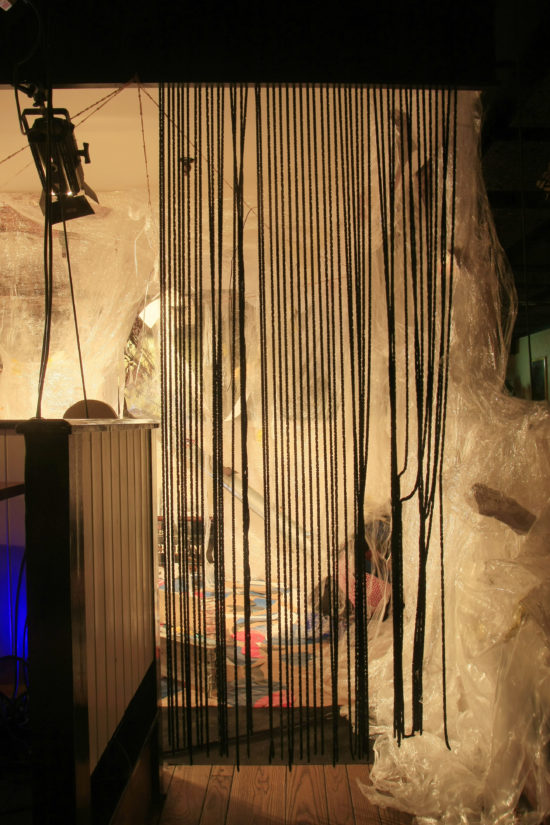 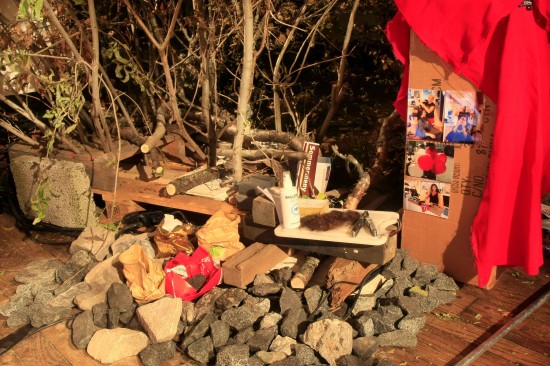 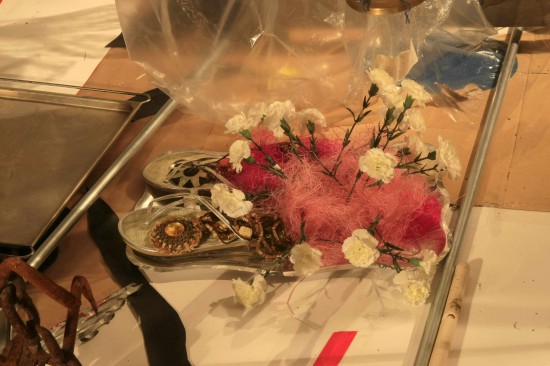 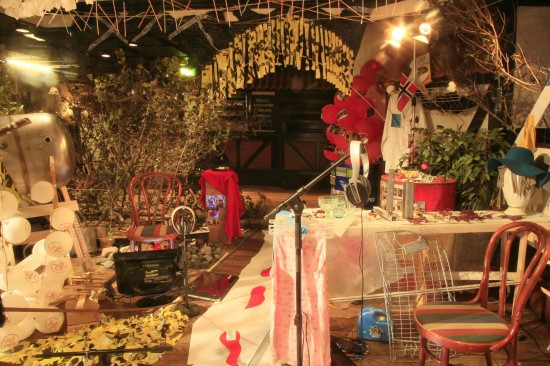 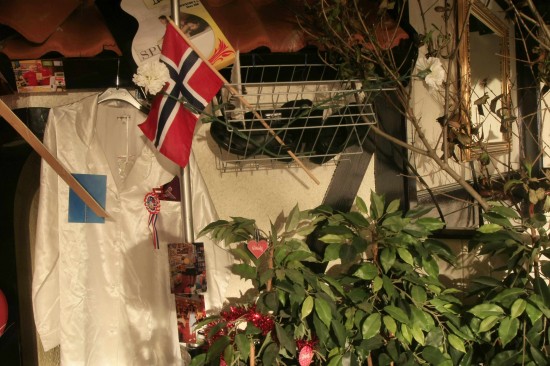 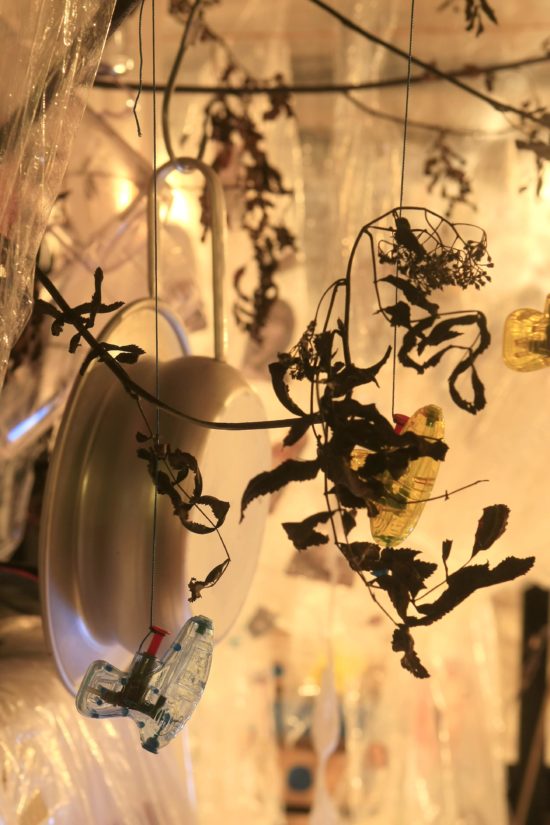 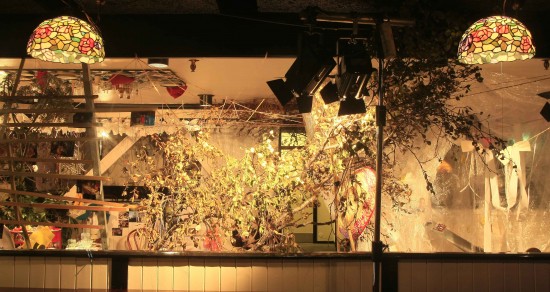 This entry was posted in Multimedia/Installations and tagged SPUNK. Bookmark the permalink.