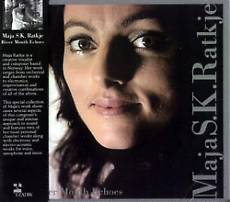 In Maja Solveig Kjelstrup Ratkje’s musical atmosphere the weather can change in a split second. The dynamics of the music range between extreme objectivity and control, and equally extreme spontaneity.

Clear, sharp contrasts frequently form the point of departure in this music. To begin with the sound is held in a tight grip in order to illustrate these contrasts. In Sinus Seduction a saxophone note is drawn one moment towards noise, and the next towards a pure sine wave tone. At the start of Essential Extensions the instruments play in an extremely high register where it is practically impossible to tell them apart. ØX revolves around frequencies which lie either just above or just below a stable, central pitch. In Wintergarten it is the composer’s own voice which one moment offers personality and presence, and frightening coolness the next.

But as these objective extremities gradually become established, music emerges from the formal framework. Many of the works have an expanding form which becomes increasingly freer as it branches out. In River Mouth Echoes the four baroque instruments enter an unexpectedly long and intense coda which exceeds all proportions. In Essential Extensions the instruments recapture more and more of their distinctive character in a sound-world resembling free improvisation. In Waves II b the formal structure violates more and more of its own rules – the instruments retreat towards extreme registers, no longer able to adhere to the strict scheme.

Oslo 16.04.08
This entry was posted in on Maja in English. Bookmark the permalink.