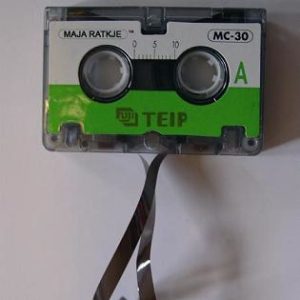 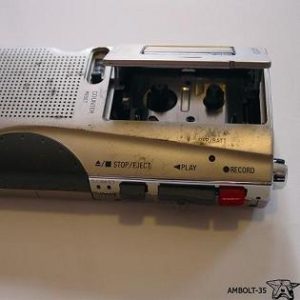 Ambolthue Records: “This is the content of Maja’s analogue dictaphone that’s been with her on concerts, around the world and with her in the studio for the last years.”

Vital Weekly 605: “It’s good to note that Maja Ratkje doesn’t think of herself to be famous not to release CDRs, let alone 3″ CDRs. ‘Teip’ (phonetic for tape I guess) was recorded in the last three years using a dictaphone. I am not sure wether this is a collage of various sounds found on her dictaphone and to what extend she did some processing to it. The cover says it was ‘randomly recorded in two different speeds and chronologically copied from the original micro cassette for this release’. On hearing the twenty minute collage, I think she hasn’t done much about, other than making a nice sequence of sounds. Field recordings as pure as possible. Singing, applause, odd atmospheres and such like. Not a very refined work of course, and the recording quality isn’t the best around, but it’s a curious, private document.” (FdW)

Musique Machine: “Teip is a twenty minute manic, deranged and often surreal pile-up of sound, noise and music by Norwegian composer and noise maker Maja Ratkje. The 3inch disk brings together a selection of recordings from Ratkje analogue Dictaphone which she seems to take everywhere with her. It all starts up with female voice talking, noise seers, music boxes bends and twists. As the 20 minute attack on the sensors continues she throw at you; sped up easy listening, tape unfold, sped up voices, tinkling sentimental piano, weird stuck rhyming fairy tale texts, static stirs, Air plane safety announcements, weird Ratkje singing/ vocal snippets, crackly snarling tones, clapping tones, road noise and all manner of other sound matter arranged into an enjoyable chaos. It feels like dropping into someone’s head for 20 minutes as they go up and down on a speeding and hallucinogenic drug. A dizzying and manic twenty minute ride sonic that’s scary, surreal, funny, mundane and entertaining.” 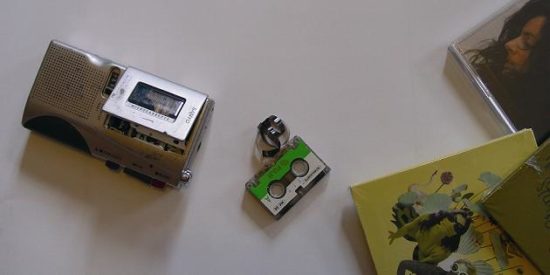 This entry was posted in Mixed media/Vinyl/Other shapes, Rare stuff. Bookmark the permalink.