That beacon of music journalism and pop musical critique, Pitchforkmedia, uses the inception of the New Year to re-embrace a favourite of theirs: Norwegian composer, noise artist and sorceress of sound Maja Ratkje. 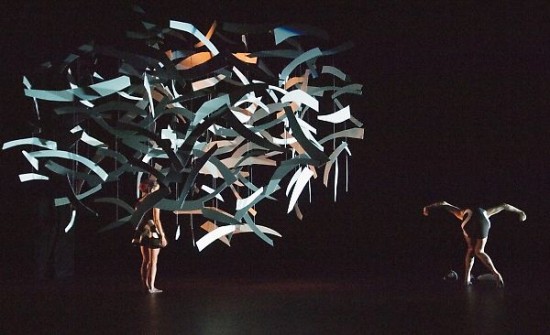 Adventura Anatomica captures a live performance by Ratkje and her “abstruse yet engrossing sound collage.” Pitchfork’s man goes on to delineate the record in analytical terms; in ways rare indeed for a medium that, notwithstanding its integrity, still caters to music lovers rather than theorists, (or so was our impression….).

The chief aspect of the analysis is the unequivocal leap to “extra-musical” subject matter and phenomena; the willingness to transcend the basic delimitation that many musical artists loath to even discuss; the defining perimeter of ‘music’.

In this case it is of course a function of Ratkje’s expression itself, for its essence is always a departure from music as commonly conceived; something which in turn demands and warrants a return to the entity of music with altered conceptions. And this is exactly what the review unveils: “Anatomica creates a conceptual space you enter into, and the question remains: where are we, when we’re in here?”

Pitchfork locates the content of the record, and the essence of the music thereon, in a realm removed from anything pertaining to ‘music’. With Anatomica one enters the conceptual space that Ratkje creates, a space which is aural, but internally so. It is a space pre-musical perhaps, where sounds are allowed to sound as they do, phenomenologically; “from themselves”, and not forged into music. This reiteration of the sound of sound, the truth of the aural world, is Ratkje’s business, and what she does is to create the space where this truth becomes audible; an unearthing of a long-gone sense of hearing. More than a benign creator she is one who lets things come to uncoveredness, and as such she contributes something eerie indeed, a spyglass to a parallel world.

Pitchfork admire her for this, Adventure Anatomica is no exception, and Ratkje must surely be grateful that complex art as hers is repeatedly, positively and with insight, exposed by such an influential voice as Pitchforks. And it is a good sign, one would have to concede, that abstruse art such as Ratkje’s gets the amount of attention