“I’M A LITTLE BIT sick, but I can talk,” said Maja Ratkje.

Chat, sure, but can the Norwegian extreme vocalist — known for making sounds that can mimic a dying dog or evoke the delicate coos of a lovebird — sing through an illness?

“It takes a lot of sickness to cancel a gig,” Ratkje said, admitting that she could incorporate the sniffles and a sore throat into her act. “Because of the kind of voice practice I do, it’s not idiomatic or classical singing. My role is to improvise, so I can adjust my voice to softer based on how I feel.”

Ratkje’s vibrant vocal fluctuations can make Bjork sound like an “American Idol” candidate. “I like to use the limits of what is possible with the voice,” Ratkje said, which includes whistles, growls, clicks and whisper-to-a-scream exhalations. 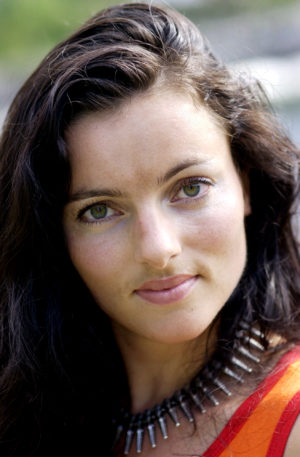 Performing in D.C. on Sunday afternoon at the National Museum of Women in the Arts as part of the 10th annual Norwegian Christmas celebrations, Ratkje sticks out among the other artists in the monthlong cultural event: Meditative jazz pianist Tord Gustavsen performed last week, and the classically trained a cappella group Nordic Voices performs Sunday evening at the National Gallery of Art.

The six singers in Nordic Voices croon a gorgeous, soothing mixture of church and choral music. Their concert will be the perfect comedown from Ratkje’s vibrant set with the Poing trio, which includes her husband, accordionist Frode Haltli, whose style touches on Norwegian folk music, contemporary classical and jazz. “We haven’t played together that much in the concert situation,” Ratkje said, “because when I work as a performer, I work mainly in the free-improvised field and he’s an expert in performing composed music.”

In fact, Ratkje and Poing’s D.C. concert will mostly feature composed works. “We have a very, very interesting set,” she said. “When I do free improvisation with my groups, it’s much more chaotic. It’s more like a playground.”

While Ratkje’s avant-garde art may seem intimidating, the audience shouldn’t be frightened, she said. “Poing are very charming musicians. They are very good at breaking up the stiffness that usually is part of contemporary classical music concerts.”

Posted By Christopher Porter at 11:52 AM on December 14, 2006
This entry was posted in Interviews in English, on Maja in English and tagged with POING. Bookmark the permalink.