Norwegian sound artist Maja Ratkje threw it into overdrive in 2005 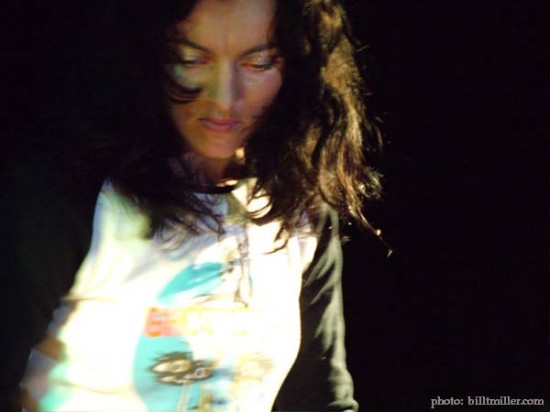 Norwegian sound artist Maja Ratkje threw it into overdrive in 2005. Fe-mail, her noise duo with Hild Sofie Tafjord, released its best and broadest album, Voluptuous Vultures (PsychForm), on which Ratkje’s otherworldly vocal improvisations and Tafjord’s blubbery French horn lines enhanced lacerating electronics; on Post-Human Identities (Kontrans), a duo album with the great Dutch vocalist Jaap Blonk, she helped deploy samplers, computers, and dictaphones so cannily that figuring out the provenance of each utterance became a maddening guessing game. And her terrific quartet, Spunk, returned with its first album in three years, En Aldeles Forferdelig Sykdom (Rune Grammofon), an all-improvised amalgam of slurps, scrapes, lurching rhythms, horrifyingly unhinged noises, and fantastical dirges; the record’s unlike anything I’ve heard in years. This performance, one of only two gigs during this U.S. visit, is her solo debut in Chicago, which means she could conceivably do anything–engage in some of the wild vocal acrobatics from her 2002 solo album Voice, play a formal composition like the one recorded by accordionist Frode Haltli on Looking on Darkness (ECM, 2003), or just let fly with unadulterated noise. Any of those options seems good to me. Norwegian bassist Ingebrigt Haaker Flaten (Atomic, the Thing) and TV Pow open. 7 PM, Empty Bottle.