Maja Ratkje and the end of music

Throughout history it has been a fascinating pastime to indulge in (impossible) predictions about the future. One thing is the enigma of what the future in general will hold, another is what one can expect within specific areas, such as a certain technology or, say, an art form. 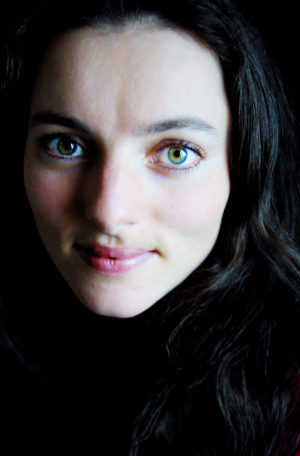 Individuals of unique vision are sometimes able to predict such developments, and sometimes also use this vision to steer developments in accord with their special insight in the possible. French author Jules Verne baffled nineteenth century readers with “impossible”, futuristic machines and feats, some of which are now matters of course, like the submarine.

Regarding not the future human ability to manipulate nature (technology), but rather the future of human expression, as in art, another kind of vision is needed. This is a vision belonging to those who are sensitive to the insufficiency of our present language of expression, and feel a need to transcend it.

This is not about what we can do or not, but about the discrepancy between our human experiences and the ruling paradigms of expressing these experiences. Those with this kind of vision see the arbitrariness and temporary nature of the present paradigm and thus see beyond it; to what is “inconceivable”, i.e. incompatible with the very fabric of that “reality”.

Examples are Dadaism, Cubism and Surrealism; directions that “destroyed” visual art, but which are now commonly acknowledged to have achieved an artistic revolution.

Regarding music the reigning paradigm is old and worn.

In its most general delineation one can say that it defines as music only that which is thus conceived: music is only what is made as music. This entails that conscious tonality, the playing of instruments, and, in general, the human, conscious creation of sounds; thus infusing them with meaning by the deliberation that this consciousness entails, is regarded the constitution of the expression known as music.

Music becomes a language; a means of expression, by its constitution of sounds that are neither words nor mere noise; neither precisely referring (meaningful) nor not referring at all. Music is between spoken words and noise, it is the conscious structuring of noise that is not verbal, but still, somehow, not void of intersubjective meaning.

But only through humans can noise become music. There is no music in noise alone. Even birdsong becomes music first when the listening human experiences meaning, infusing the birdsong with it, thus making, not hearing, music.

It seems almost impossible that a challenge to this delimitation can be issued from within the paradigm. Because, as with all paradigms, blindness and oblivion reigns regarding the fact of the paradigm itself. What is in fact a delimiting, insufficient and arbitrary structure is typically conceived as an infinite openness, and the haphazard laws that apply, are viewed as necessary conditions for the phenomenon as such.

Pop music is a case in point like no other: the dominance of the song-format has reached such a level that even the self-proclaimed forces of destruction (Black Metal), destruction aimed also, one would think, towards the edifice of pop music, choose to sing songs.

However, at the fringes of the paradigm there are artists hard at work with changing our conception of music at its deepest level.

Norwegian composer and performer Maja Ratkje is one such artist to be reckoned with.

One of the most exiting and unsettling forces in contemporary music today, she consistently exposes the conventionalism of music as it is commonly conceived and never seizes to disturb anyone who will listen with her sounds of confusion; her ability to deconstruct the metaphysics that rule our sonic universe.

Her conception of music goes beyond the widest traditional categorisation. For rather than starting from some concept of meaning and rendering it in sound, using the “language of music”, she starts with sound/noise itself and explores the meaning inherent in that which is not humanly impregnated with “meaning”. Conversely she also infuses noise with the slightest hints of such meaning; hints of recognition for the musical ear, always out to challenge the distinction between meaningfulness and meaninglessness.

In many ways she navigates in the same waters as modernist author James Joyce in his ‘Finnegan’s Wake”: dark waters where meaning is elusive and often manifest in ways utterly alien to reason and reflexivity; materializations more akin to the profound imagery we experience in dreams.

Joyce’s play with the borders between language and mere sounds, i.e. semantics and phonetics, has its parallel in Ratkje’s play with noise and music: detecting or infusing some meaning into noise; making the listener “search for music”, so to speak.

Joyce does the same thing in making the reader search for semantics, search for understanding in words reduced to sounds, languages interwoven and mixed, and syntax overturned.

(The likeness and inspiration is openly exhibited in a passage on Ratkje’s web-site where she reads a piece of text that oscillates between languages as well as between words, quasi-words and mere noise.

The melange of language, including e.g. “Ibsean” Norwegian, in Ratkje’s English text, is very close to the “Joycean” of Finnegan’s Wake)

In a way she reduces the language of music to its primordial foundation: expressive sounds, similar to the way words can be reduced to originary sound- and body expressions. 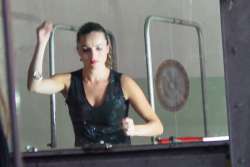 Ratkje is deconstructing sound systems, both linguistic and musical ones, and exposing her listeners to the primordial meaning of sounds before “language”, be it English or music. This meaning is often not fathomed in words, and therefore it is disturbing, even horrifying, for “linguistic man”. It is conceived as belonging to the dark and not to the realm of the rationally enlightened.

She is a founding member of the acclaimed contemporary improvisation group Spunk, for which she has also written a number of works. Her other main musical constellation is the noise duo Fe-mail.

Fe-mail was reviewed by the New York Times earlier this year:

“Perhaps the most exciting act on the bill is Fe-mail, the Norwegian duo of Maja Ratkje and Hild Sofie Tafjord. The two record together as half of the excellent all-female quartet SPUNK, which specializes in sharp (or sometimes gentle) jazzinspired collisions. But as Fe-mail, the two make more of a racket: on “Syklubb fra Hælvete” (Important), the duo’s startling debut CD, full of splintered screaming sounds that hinted simultaneously at terror and joy; don’t be surprised if the duo’s headlining performance on Sunday night finds way to split the difference, too.” 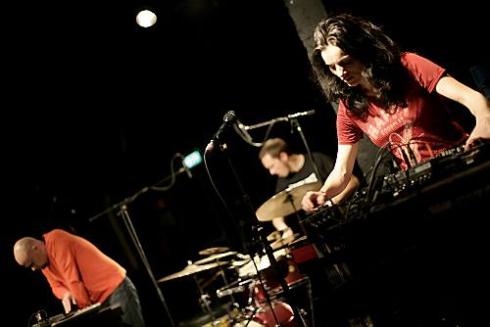 Ratkje has worked and recorded with a number of international noise artists and contemporary musicians. Her discography ranges from ultra obscure recordings, released in extremely limited editions now sitting in art archives and with collectors, via her “Music for..” series with renowned jazz musician/noise artist Lasse Marhaug, to her celebrated solo debut ‘Voice’ released in 2002.

For all its extremes, there are still moments that are direct and unmediated and curiously revelatory, and all the more so given that they are set within a context moved by a vitality, a force of life, that makes the album by turns both startling and affecting, warm and yet deeply warped. When singling out any one of these 11 tracks, you´re left with the overwhelming sense that Ratkje´s voice is gloriously possessed by the tongues of more split personalities than there are angels on the head of a pin.

Very few records give such a space to vocal performance, and very few artists would be able to carry such a piece of work with ease. More challenging than her work with Spunk, Voice is a unique experience, at once charming and disturbing, and Ratkje can only be admired for undertaking such a project. Let alone achieving beyond all expectations. 4.8/5 The Milk Factory (UK)

Ratkje is messing with our minds as she toys around with sharp contrasts of quiet/loud, soft/harsh, seductive/painful. She knows she has a beautiful, flexible voice that can both charm like Björk and puzzle like Phil Minton, she knows it and she purposefully deceives the listener. Harsher than what most people were expecting and closer to Jazzkammer than Spunk, Voice hides Ratkje´s impressive vocal prowess under a wall of electronics. After the initial shock wears off, one can only admit that it was a good idea. Recommended, but definitely not for the faint at heart.

She has written for various contemporary performers and ensembles; her music being preformed all over the world. She also writes music for orchestra, and her first piece, Concerto for voice (Moods III), was awarded at this year’s UNESCO International Roster of Composers. She holds a lecturing post in compositions at the Norwegian Science and Technology University.

Ratkje’s has received a number of prestigious awards both in Norway and abroad.

In addition to her extensive and diverse work with music, and her activities at “music’s fringes”, she has a pronounced artistic and philosophical manifesto. In many ways she exemplifies an artist who is willing, as true art demands, to position herself at the very limit of art itself; investigating this limit and coming to understand both sides of it through knowledge and intimacy with that which is beyond the limit. Therefore her explorations of the boundaries of music, and her courage to venture beyond these boundaries, constitute a possibility to fundamentally change music. Because the source and essence of something is always outside it, and Ratkje’s work displays a willingness to seek this essence.