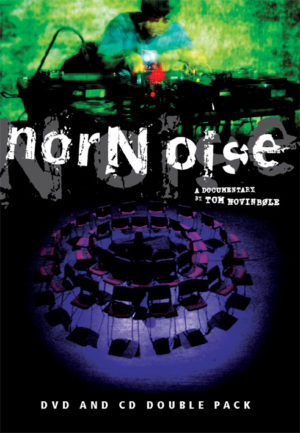 CD and DVD double pack. Nor Noise is a documentary about Noise music – perhaps the most exiting and innovative form of music to evolve in the last years. The film maker Tom Hovinbøle has since the project started in 2001, interviewed some of the most central artists, both internationally and in Norway. The artists speaks about their relationship to tis music: What is it? Where does it come from? How do you work with pure sounds? Which possibilitys opens up with the new sound processing oportunities? Noise is also put into an historical context spanning from the Futurists and Luigi Russolo befor the First World War, through the first experiments with electronical music in the fifthies, the avang-gard in the sixties, the Industy and Punk movements in the seventies, before Noise establishes it self as a music in its own right in Japan during the seventies. The film also contains a lot of rare concert footage with the artists: Tore H. Bøe, David Cotner, Masami Akita, Lasse Marhaug, Tashimaru Nakamura, Arm, Asbjørn Flø, Maja S. K. Ratkje, Kjell Runar Jensen, Francisco López, Helge Sten and Otomo Yoshihide. The CD is a compilation of all new material by Norwegian artists Duo Kanel, Domestic Purpose, Jazzkammer, Ryfylke, Fe-mail, Tore Honoré Bøe, Crazy River, Kobi, Anders Gjerde, O.Melby, The Golden Serenades and Norwegian Noise Orchestra.

On the CD: Englesang by Fe-mail 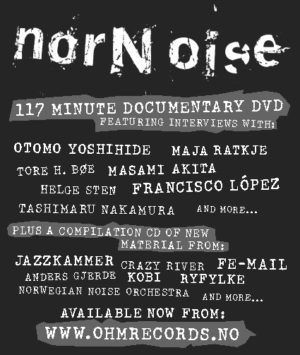 This entry was posted in Compilations, Mixed media/Vinyl/Other shapes and tagged Fe-mail. Bookmark the permalink.