The undertitle for this composition is “waltz”, it is written as a solo piece for accordion player Frode Haltli, a commission from the festival Klangspuren Schwaz in Austria in 2003. The piece is written freely from memory of Frode Haltli’s own re-arrangement of a Norwegian folk tune, as a remote echo of something that has already been treated and changed. Then again, the piece is arranged, but not changed, by Frode Haltli for an ensemble consisting of accordion, viola, voice and trumpet (as found on the CD with the same title, out on ECM in 2007), or for the trio POING pluss a voice artist.

Avant-Progressive: “Passing Images was written as a solo for accordionist Frode Haltli freely from Maja’s memory of his re-arrangement of a Norwegian folk tune, “as a remote echo of something that has already been treated and changed”. Here it is yet re-arranged for the entire trio plus the composer’s voice. Once again we have the sound of air in the bellows or through the brass tube of the sax, devoid of pitch, barely audible bass harmonics, long silences, dramatic interjections from the accordion, then Maja entering with a babble of sound poetry followed by long pure tones alternating with small mouth sounds made audible by amplification; a totally gripping piece of music. It put me in mind of some of the artists pursuing so called lowercase improvisation, using their instruments in ways which strip them of all their traditional expressive qualities. That this was a scored work rather than improvisation may or may not account for its greater emotional power.” 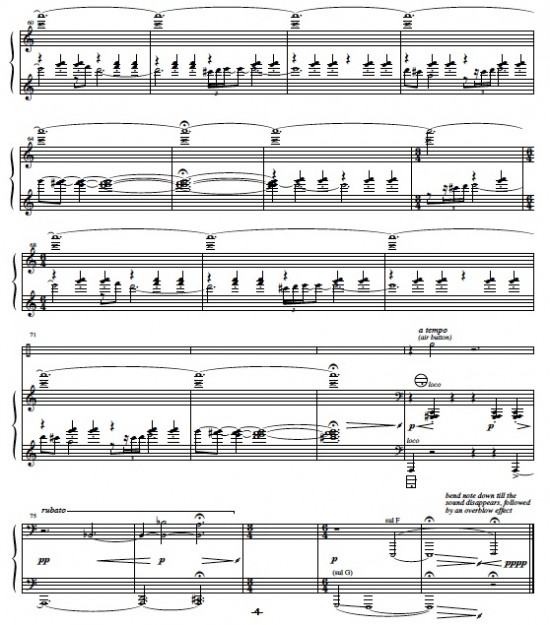 This entry was posted in Chamber music and tagged accordion. Bookmark the permalink.