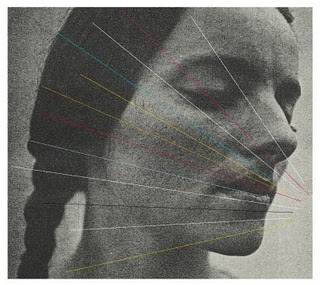 Maja Ratkje’s 2002 Rune Grammofon album Voice has earned her and compatriots Jazzkammer the prestigious Prix Ars Electronica Award of Distinction in the Digital Musics category. The acclaimed and ferocious album which is entirely based on recordings of Ratkje’s voice, was done with a variety of recording mediums; minidisc, Dictaphone, live-takes as well as studio takes. These recordings created a basis which was later processed, manipulated and mixed by Ratkje in close collaboration with Jazzkammer’s Lasse Marhaug and John Hegre.

Here’s the Prix Ars Electronica Commitee’s reasoning for Ratkje’s Award of Distinction: “The Norwegian experimental artist Maja Ratkje operates exclusively with her voice – no wonder that “voice” is the title of her first solo album. Improvised and composed parts are fused into an entity that may be confusing for the listener. The vocalist who has been awarded several prizes in her home country tackles the task of fathoming the human voice in combination with electronic media by taking them to the absolute limits of feasibility and sometimes endurance. “Not a CD for the heart, but remarkable in any case,” is what one critic wrote of “voice.”

Speaking to the Wire Magazine in its March issue, Ratkje elaborated on Voice’s unusual recording approach: Voice is not an attempt to break out of something conventional or formal. It’s rather a document of what I’ve been occupied with musically these last years. I think freedom in music is a necessity, but it’s something you have to define yourself, based on your knowledge and your possibilities.

Besides her solo work, Ratkje is known as a member of the self-described anarchistic female Improv quartet SPUNK and duo Fe-mail (with fellow SPUNKer Hild Sofie Tafjord). Maja Ratkje has also racked up an impressive list of collaborations with the likes of Merzbow, Zbigniew Karkowski, Sachiko M, Jaap Blonk and fellow Norwegians Jazzkammer. She’s currently writing an opera for a Norwegian festival, has finished a collaboration with Jazzkammer’s Lasse Marhaug on Music for Shopping. Ratkje has also initiated a collaboration with Norwegian children’s book author Cecilie Løveid – “Noise music for children!” is Ratkje’s enthusiastic description of the project.

This year’s Prix Ars Electronica is the 17th, and is arranged by the Austrian broadcasting company, ABC. Awards are given in categories Net Vision, Interactive Art, Digital Musics and the youth prize: u19. Each category has its main prize (Golden Nica), two Awards of Distinction and several Honorary Mentions.